Marijuana legalization is having a moment.

In the US, Colorado and Washington state in 2012 became the first two states to legalize marijuana for recreational purposes. Several states, from Alaska to California to Maine, have since followed.

The shift poses an enormous challenge to the regime that has dictated drug policy around the globe for decades. For much of recent history, the approach to marijuana was to ban it. Now, states and countries are trying to find a better way to deal with the drug — allowing it for medical use in some cases, decriminalizing it in others, or outright legalizing it.

So what do the changes mean for America and the world? What do they say about the war on drugs and drug policy more broadly?

Here’s what you need to know. 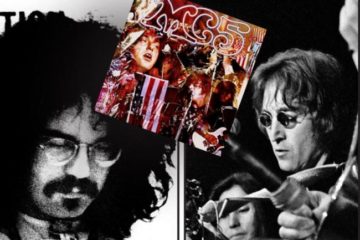 By Stuart Cosgrove Columnist MORE THAN 1.4 million people have been killed by guns in the US since John Lennon was shot and killed on December 8, 1980. I know that for a fact because I follow Yoko Ono on Twitter and she recently paid tribute to her dead partner with the Read more…

By Zoe Keen, 2 years ago